I have recently released a new demo of Blue Bug Bob on IndieDB. This included two recent changes to the game, and nobody complained about them so I call that a success. And also now I like them very much and think they are a big improvement: colour adjustments and time-trial mode.

I have changed the colours of two of the most prominent tiles of Blue Bug Bob: earth and tunnel (background earth). Originally the tunnel tile was a slightly darker copy of the earth tile. But people thought that the tunnel was just darker earth (and therefore not in the background).

In an attempt to resolve this problem I made the tunnel tile much darker. But this had problems with aesthetics: dark features like the outlines of the characters were practically invisible on the dark background. 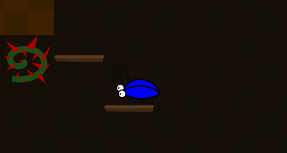 The newest change made both, the earth tile and the tunnel brighter but the tunnel tile is also shifted towards red. Because of this there is still a contrast between them, although the difference in brightness is not that strong anymore. It also adds more colour into the game and all objects are clearly visible on the background. The only downside is that all my old screen shots have become obsolete. 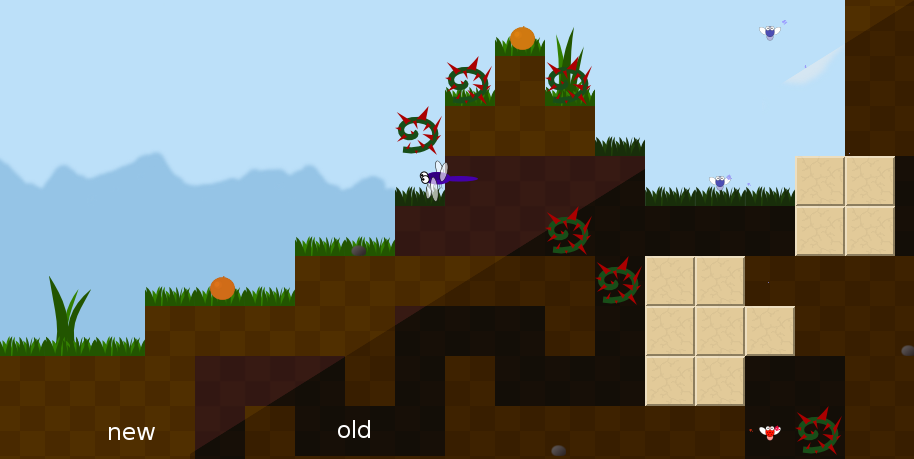 Well, not a mode as such. Every time you complete a level with all berries your time recorded. Once you have such a time, the level selector menu display your best time for this level along a target time.

If you beat this target time you are granted an extra berry. To help you train your timings, once you have a time in a level and you restart level, a ticking clock appears in the top right corner. This way you can track your time inside the game.

I came up with this feature because I realised that I was already replaying levels over and over when play testing to find the optimal way. This was actually quite fun. And so I gave the player an incentive to do the same. Moreover this creates more playtime (for a 100% run) for every level, existing and future ones.

Recently (that is, after the demo release), I worked on the UI. I have implemented a menu system for all the options. Moreover, I have improved the look of the UI. All boxes and buttons are now based on UI assets by Kenny. These are completely free to use. I have adapted them to the game. Look at this beauty: 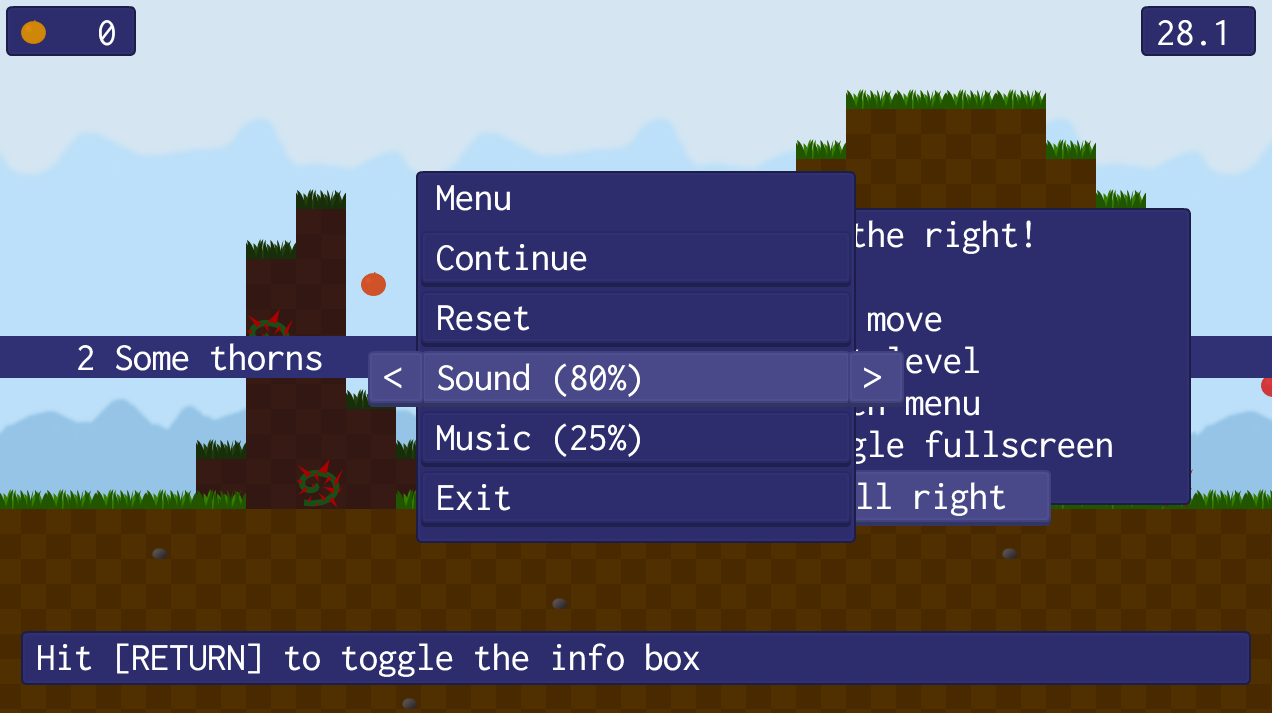 This game is getting more and more polished.